Wednesday, November 6, 2019 - The U.S. Department of Labor’s Veterans’ Employment and Training service hosted The Honoring Investments in Recruiting and Employing American Military Veterans Act of 2017 (HIRE Vets Act or the Act) event in the Great Hall at the U.S. Department of Labor in Washington, D.C. recognizing job creators that recruit, hire, and retain America’s veterans. Secretary of Labor, Scalia provided opening remarks while Major General Bierman, the Commanding General of Marine Corps Recruiting Command, was an honorary guest speaker. Over 400 companies were recognized and over 150 people attended the event, including FirstPathway Partners CEO, Bob Kraft.

Kraft stated, “FirstPathway Partners is proud to be honored by the Department of Labor with the Gold Medallion Award presented by Secretary of Labor Scalia for demonstrating a strong commitment to recruiting, hiring and contributing to causes which assist our Nation’s best; The Veterans of the Armed Services who make our American way of life possible.” “It was a truly significant day for our company.”

You can read more about this event and view the webcast here:  www.dol.gov/live.

The HIRE Vets Act or the Act, signed by President Trump on May 5, 2017, established the program to recognize employer efforts to recruit, employ, and retain veterans.  The hiring of veterans by companies helps to sustain the all-volunteer force by providing meaningful employment opportunities for those who have served in our nation’s armed forces. Employer-applicants meeting criteria established in the rule receive a “HIRE Vets Medallion Award.” As described in the Act, there are different awards for large employers (500-plus employees), medium employers (51-499 employees), and small employers (50 or fewer employees). Additionally, there are two award tiers: platinum and gold. For each award, the employer must satisfy a set of criteria.

Additional information about the Final Rule and program demonstration can be found on the website at www.hirevets.gov or by contacting HIREVets@dol.gov. 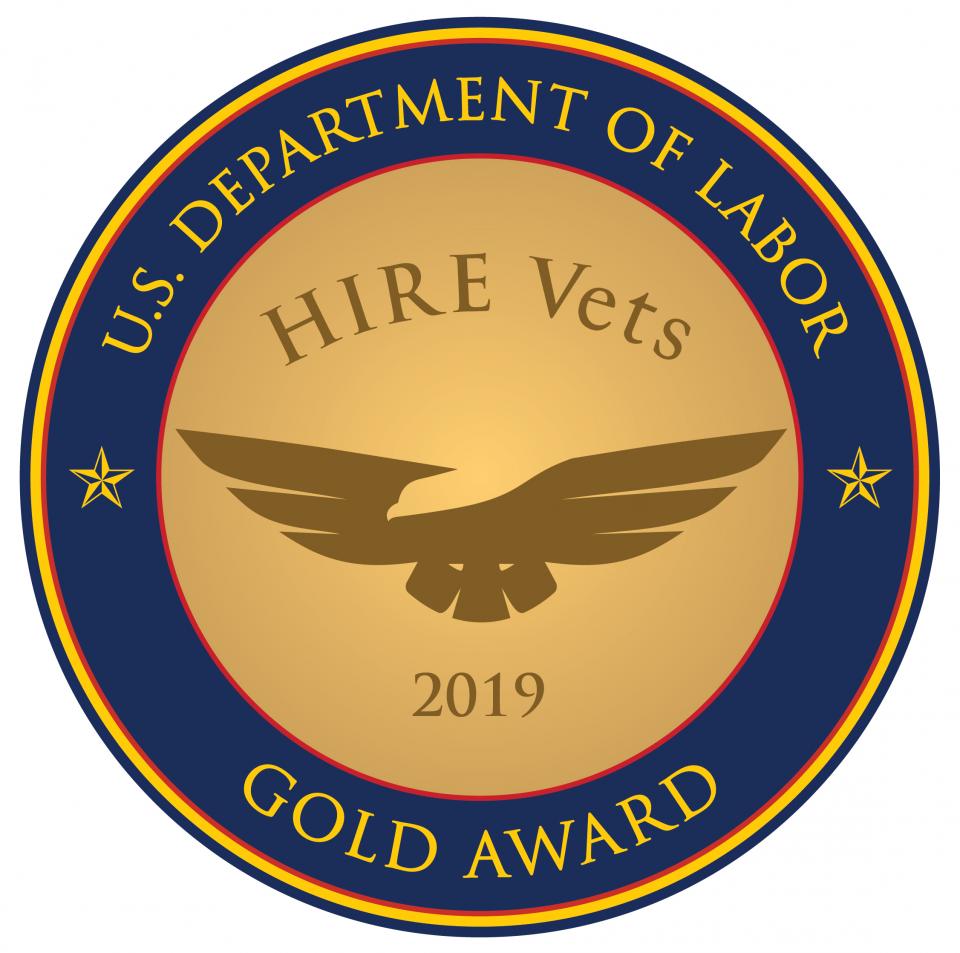